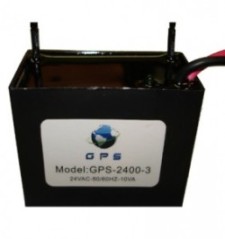 Odor Control – The ions produced by GPS’ patented needlepoint ionization breaks down gases with electron-volt potential numbers below 12 to harmless compounds prevalent in the atmosphere such as oxygen, nitrogen, water vapor and carbon dioxide. The resultant compounds are a function of the entering contaminants into the plasma field.  A simple example would be formaldehyde, which is produced by building furnishings and thought to be carcinogenic;   formaldehyde breaks down to carbon dioxide and water vapor, thus eliminating the health hazard.  Another example is ammonia, which is produced by occupants (typical body odor smell), and ammonia breaks down to oxygen, nitrogen and water vapor.  As you can see, what chemical you start with determines how it reacts with the ionization field and how it breaks down.

Reduction in Airborne Particles – The positive and negative ions  are drawn to airborne particles by their electrical charge.  Once the ions attach to the particle, the particle grows larger by attracting nearby particles of the opposite polarity, thereby increasing the filtration effectiveness.

Kills Virus, Bacteria & Mold – In The Space – Similar to how positive and negative ions surround particles, they are also attracted to pathogens.  When the ions combine on the surface of a pathogen, they rob the pathogen of the hydrogen necessary for them to survive.  During the final step of deactivation, the ions eliminate hydrogen from the pathogen and then the plasma cleansing process is complete, making the airborne virus, bacteria or mold spore inactive.

Many clients have asked if GPS has testing to prove kill rates of Ebola.  The short answer is no, nor does anyone else.  The long answer is that while GPS does not have testing to prove kill rates, GPS has been tested for kill rates against other viruses with similar structures to Ebola for both surfaces and air sterilization.  Those kill rates are well into the mid 90% kill rate percentile.  As of now, the CDC has not provided a surrogate virus for testing product efficacy against Ebola.  According to the CDC, Ebola is only spread through direct contact with bodily fluids; however, if a person with Ebola coughs or sneezes, and the saliva or mucous comes in contact with another person’s eyes, nose or mouth, these fluids may transmit the virus.  GPS’ technology kills pathogens in the air and on surfaces.  Some doctors are already discussing how fast the Ebola virus is mutating and it may be an airborne virus in a short matter of time.  GPS’ cold plasma technology can be a huge help in the effort to control the transfer of Ebola both on surfaces and in the air, if and when the virus mutates.  As soon as a surrogate virus has been listed by the CDC or the Ebola strains are available for product efficacy testing, GPS will be first in line.

GPS’ patented technology produces the same ions that are found naturally in the atmosphere.  Around waterfalls, at the beach or high in the mountains, ion levels are normally found to be in the range of 3,000 to 5,000 ions per cubic centimeter (ions/cc).  GPS’ technology recreates those levels of ions within buildings to achieve the same odor and pathogen control mother nature provides.  A building without GPS will have ions levels less than 100 ions/cc.  A building with GPS will have ion levels ranging from 800 ions/cc to 3,000 ions/cc depending on where the ion measurement is taken.

Control Allergens – The positive and negative ions generated in the HVAC system flow free into the occupied space through the forced air system.  Once this occurs and the deactivation of the airborne contaminants is complete, people with allergies have reported a reduction in symptoms and many have reported a reduction in required medication or no medication required at all!

Be Cautious of GPS’ Competitors Using 1960’s Technology – GPS’ technology produces positive and negative ions through patented needlepoint ion technology powered by state of the art micro-circuitry.  The GPS technology does NOT produce detectable ozone under any operating velocity or humidity and has been confirmed by UL’s test standard UL 867-2007.  Older plasma systems that rely on a corona discharge through a glass tube with metal mesh on the interior and exterior WILL create ozone.  Several manufacturers could not pass a recent ozone chamber test performed by the CDC.  An example of the traditional ion tubes are shown in the photo below. Caution must be exercised when using traditional ion tubes because as the humidity decreases or the velocity decreases in a variable air volume (VAV) system, ozone will be produced at unsafe levels and there will not be enough air to dilute the ozone.  Any ion manufacturing company serious about the well being of their clients should provide ozone data from a UL 867-2007 ozone chamber test.  Any other testing is irrelevant.

Here are the condensed test results from the CDC showing the products with glass ion tubes produced by GPS’ competitors could not pass the UL 867-2007 chamber test required during the FEMA trailer testing.   Click here for the full report.

GPS’ Competitors Require Expensive Replacement Parts – GPS’ needlepoint ion technology does not require maintenance in most applications nor does it require replacement ion tubes or any other parts. The first cost is the ONLY cost!

Older plasma systems, as shown below, use ion tubes and require periodic replacement.  Based on the manufacturer and operating voltage, the tubes may last from 1 to 3 years. Did you know the ionization output reduces as a function of time with ion tubes? The replacement tube costs range from $120 to $200 each.  As a rule of thumb, most ion tube manufacturers rate their tubes at 800 CFM to 1000 CFM per tube.  To calculate the total replacement cost for a given application, simply divide the total supply air by 800 and multiply the result by the replacement ion tube cost.  The realization will set in that ion tubes are expensive to replace!  Ion tubes can also break easily, leaving glass fragments in the air stream.  Did you know you also have to wash the tubes every 6 months to maintain the optimum ion output?  Who has time for that!